Today is the UN International Day of Peace and it comes at a time when many people seem to feel peace is taking a horrible worldwide kicking. Is it so bad?

In the SIPRI Yearbook 2016, my introductory chapter reviews 2015 and tries to draw up a rough balance sheet. That there were significant negatives for peace in 2015 is undoubted – but it is worth being reminded that there were also significant positives.

The big sign of hope at the moment is the peace agreement in Colombia. With good will and massive effort, it may bring an end not simply to 40 years of war but to the endemic conflict and instability Colombia has experienced throughout its two centuries of independence. 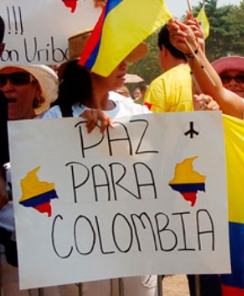 Some may have wanted to see the ceasefire in Syria brokered by the US and Russia in a similar light. Reasons for scepticism abounded from the outset, however, even before its seeming collapse this week. It came under immediate strain, as everybody expected, but perhaps more importantly its credentials as a prelude to peace were open to question. It was, before that, a prelude for military cooperation between two external and hitherto opposed forces in Syria – the US and Russia.  If implemented, they could be able to coordinate action against the Islamic State group and other forces they agree to regard as extremists and jihadis. The trouble is, of course, that the distinctions between what the US regards as acceptable and unacceptable rebels are not crisp. Many groups that oppose President Assad regard jihadis as legitimate allies. Meanwhile, for Assad, and thus for Russia, all rebels are unacceptable.

The zone of peace expands…

Yet the first decade of this century continued a positive trend begun in the 20th century’s closing years – a big expansion of the world’s zone of peace.  Compared to 49 armed conflicts in 1990, there were 31 in 2010. Moreover, though war is always terrible, armed conflicts were on average both shorter and less lethal than in previous decades.

This owed much to the end of the Cold War, once a deadly short-term spike in the number of wars each year was over. Armed conflicts that had persistently been interpreted politically as outcrops of Cold War could at last be addressed on their own terms. That did not mean it was easy to resolve them, but it was less fiendishly difficult than it had been before.

At the same time, the United Nations was free from the grip of US-Soviet rivalry. It could be both more active and effective on the world stage, especially in efforts to make and sustain peace. The Human Security Report in 2005 made the case that the only empirically viable argument to explain the decline in the number of armed conflicts was an ‘extraordinary upsurge of activism by the international community’.

Since 2010, the picture has deteriorated sharply. By 2015, the annual total of armed conflicts had risen back to 50. The impact of this shift in global politics is seen in the plight of 65 million refugees worldwide and 10 million stateless people – the highest totals since the UN Convention on Refugees was signed.

What explains this? One factor is a decline in the activism that expanded the zone of peace. The governments that drove it seem recently to have invested less effort, perhaps in part because of the knock-on effects of the international financial crash in 2008. The reason is not so much the need to cut government spending – peacemaking is relatively cheap – but the absorption of energy by efforts to handle the economic crisis and the damage to confidence and credibility generated by the inability to resolve it.

At the same time, with high profile conflicts in Afghanistan and the Middle East, the Western focus had shifted from peacemaking by peaceful means to forcible intervention.

If the West thus lost its peaceful way beginning in 2001 with the US-led response to 9/11, another piece of the explanation lies in Russia. In the 1990s, Russia tended to tolerate though not always actively support the West’s international direction of travel. It stayed out of the Oslo process on Israel and Palestine after that became public knowledge in 1993. It had little to say about the Dayton Agreement on Bosnia-Hercegovina in 1995. It revealed no significant interest in peace or conflict in Cyprus, Sri Lanka, Sudan or Guatemala.

Relations with the Western group of states were not always smooth and became increasingly scratchy as years passed; for example, Russia was highly critical of the NATO bombing of Serbia in 1999 and sent 200 soldiers into Kosovo after the bombing in a vain effort to influence the political outcome. But Russia in those years was far from willing or able to intervene decisively in the politics of the Western Balkans. Compare that with its intense and visible support for the Assad government when civil war started in Syria in 2011.

The critical moment in a growing confrontation came with Russia’s annexation of Crimea in early 2014, followed by the conflict in eastern Ukraine. The Russian decision to bomb foes of Syria’s President Assad, including Western-backed groups, in 2015 and 2016 was one further step on the same path.

Whereas the impact of the large geo-strategic and geopolitical developments in Russia-West relations was to allow an enlarged space for mediation efforts in the 1990s, latterly the impact has been to restrict it.

The challenge for peacemaking today

The number of armed conflicts each year is now trending upwards. Further conflict risks are to be found in the combined pressures of climate change, rising inequalities and increasing competition for natural resources.

So, were the two decades from 1990 a brief, uncharacteristic peaceful interlude? Or will this decade eventually seem like the exception as the world picks up the momentum of peaceful progress again in the 2020s?

That, I think, is what is open to be decided. It depends on political behaviour in many different places. It seems clear that the larger international framework is less conducive to handling conflicts peacefully than before. But as well as implying greater obstacles for peacemaking and mediation, it means there is a greater need than ever for them.

SIPRI has recently released another short film in our Year of Reflection series. It focuses on peacekeeping. At the end, I comment that during the period when the zone of peace expanded, many people, governments and international organisations learned a great deal. It didn’t happen by accident; it happened because of what got done – and the people and institutions who were doing it were learning as we went along.

That knowledge is still there. We just need to tap into it again.

This blog post is a much shortened (much, much shortened) version of my “Afterword” chapter in a new book on Norway’s experience as a peacemaker, edited by Mona Fixdal: Fredsmegling i teori og praksis (Peace mediation in theory and practice), published in August by Cappelen Damm, Oslo.

4 thoughts on “Whither Peace?”